ENFRRULTLVET
Find
We use cookies and tracking technologies of third parties to remember your preferences, to measure and analyse the use of our websites and to optimize your experience on our websites. If you agree to use all cookies please click “Accept”. You may here decline all non-essential cookies or go to “Cookie settings” below and select which cookies may be used. You can manage at any time the use of cookies through your browser settings and withdraw your consent at any time. For more information see our Privacy policy.
Cookie settings Decline Accept all
We use the following cookies to provide you the best possible experience on our website and to improve our communication with you. You can find detailed information about cookies in our Privacy policy. Please select your personal cookie preference below.

These cookies track and collect information about your online activity to help advertisers to deliver more relevant advertising to you according to your interests. These cookies can share that information with other organizations or advertisers. Such cookies are enabled with your consent and you can withdraw you consent any time.
Save my settings Decline Accept all 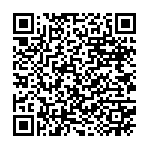 Gas-fired condensing boilers do not only optimally utilise the supplied energy. Compared to conventional heaters, they also utilise the thermal energy contained in the flue gas, which is otherwise lost through the chimney.

Gas-fired condensing boilers do not only optimally utilise the supplied energy. Compared to conventional heaters, they also utilise the thermal energy contained in the flue gas, which is otherwise lost through the chimney.

The advantages of a Vaillant gas-fired condensing boiler:

How a gas condensing boiler functions

In a gas-fired condensing boiler, the water is heated through the heat of combustion, just as with non-condensing boilers. The resulting flue gases are normally passed into the chimney. As a result, the energy contained in the flue gas is lost. However, condensing technology exploits these gases, which consist to a large extent of hot water vapour. It extracts the flue gas heat and feeds the energy obtained into the heating circuit.

In order to gain energy, water vapour must condense. It does this at a temperature of below 56 °C. The condensing boiler cools the steam through a specially designed heat exchanger. The energy gained is used to preheat the cold heating water. The hot water then passes into the primary heat exchanger where it is heated further to reach the desired temperature. During this process, small amounts of waste water occur which must be disposed of. The acidity of the waste water is so low that it can be conducted into a normal drainage system without further neutralisation.

The difference between upper and lower heating value